With a mere few days to polling day, you’d be forgiven for being under the impression that we were voting on just one issue on May 22nd. Coverage of the marriage referendum has been so comprehensive, relentless and so repetitive, that it’s all the more surprising that media haven’t been focusing on the other choice being presented to voters – the proposal to lower the age of presidential candidates to 21 – if for no other reason than to just give us all a bit of light relief. But it’s highly likely a significant proportion of the population aren’t even aware they’ll be handed two ballot papers on Friday week. A fine example of democracy in action.

As fatigue begins to set in though, it’s likely we’ll see some half-hearted efforts in the next few days to publicly debate why we should allow 21 year-olds – people who may not even yet have started their first job – to run for President of Ireland.

The reactions to the proposal to date have tended to be predictably dismissive and a bit disparaging, which is disappointing. Granted, this isn’t the most pressing change that needs making in Ireland, but at a time when politics is crying out for an injection of youthful enthusiasm, the scorn that’s been instantly heaped on the suggestion without any detailed consideration subtly demonstrates how we really regard our young people. Surprisingly, even youth organisations have been relatively quiet on the matter, instead preferring to focus on the marriage referendum – which ironically, is a campaign with which young people have thus far engaged on levels rarely seen before. But perhaps they’re just being smart by not channelling their energy and resources into flogging a dead horse when there’s a far more pressing issue on the table.

Why is this amendment even being put to the people? Well, the issue arose during the Constitutional Convention, a forum of 100 citizens established in 2012 to discuss amendments to the Constitution. The Constitutional Convention had also sought amendments on housing rights, social security and healthcare services, but this was somehow deemed more appropriate. It’s a funny one; but it’s likely that the government felt backing a contentious, divisive and ground-breaking Constitutional amendment such as allowing two people in love to officially declare their commitment to each other a risky enough manoeuvre without creating further havoc. Best to play it safe on this one, because let’s face it, this government is already all too familiar with the sensation of egg drying into their whiskers.

So, what discussion have we heard to date in #PresRef, as it’s known in the online sphere? Well, the main assertion is that no-one aged under the age of 35 could possibly have the life experience, capability or maturity expected to carry themselves with dignity in this position of great importance. The majority seems to concur. Apart from perhaps the fact that allowing someone to become President in their twenties means you might get landed with paying the Presidential Pension for a few extra years, that, incredibly appears to be the sum total of the debate. Pretty incredible for something as important as a Constitutional Amendment.

The debate has failed on any level to counteract this argument by pointing out the inherent ageism, laziness and unfairness of it.  We are not voting on whether or not we will have a 21 year-old President, though given the level of opposition to it, you’d be forgiven for thinking that a Yes vote would automatically propel one of Jedward into Michael D’s still-warm seat in the Áras come 2019. I can tell you, however, I’d far sooner see either one  – or both of them in there – than the likes of Dana.

The key argument for voting YES to the Presidential amendment is that the current system is anti-democratic, because young people don’t even get the opportunity to present themselves to the electorate. They are currently automatically excluded based on an arbitrary number, rather than getting the chance to be elected or rejected on their merit, or lack of. There is no good reason for this, but plenty of good reasons for our young people – many of them perfectly talented, hardworking, intelligent and capable – to be given the opportunity to put themselves out there. They deserve, at the very least, not to be excluded from this process. And in fact, the key objection to this referendum should be that it proposes to continue excluding adults aged 18-21 from running for Presidential office – the only justification apparently being that it will then mirror the age at which you can become a TD.

So it’ll be two emphatic Yeses for me, because I want to see Ireland becoming a place that’s fairer and kinder, and it strikes me as more than  a little hypocritical to be voting for inclusiveness in one referendum while simultaneously opposing it in the other. But the joy of democracy is that we all have our say, so on Friday week, wherever you stand, be sure to have yours too. 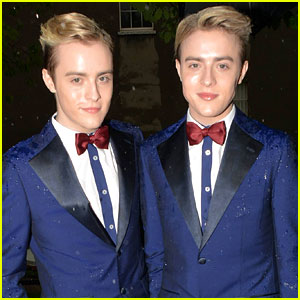 An abridged version of this post appeared in The Mayo News on Tuesday 12th May 2015.